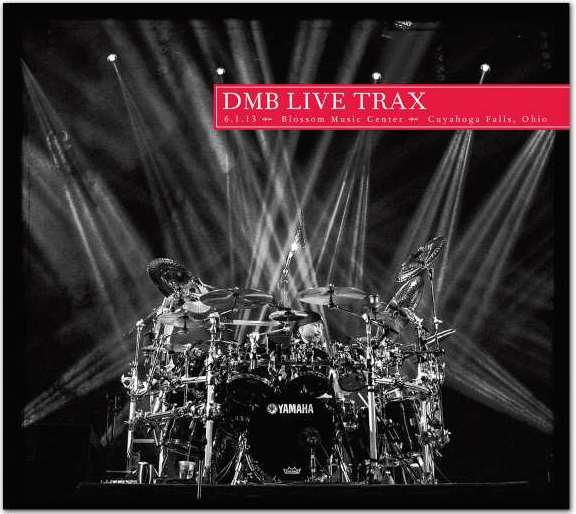 It's here! That's right, 2014 is still young and the first 2013 release is on it's way already. DMB's one night stand from Cuyahoga Falls, Ohio is getting released as Live Trax 29, and man is it a packed show. Featuring the first Dancing Nancies opener since 2008 and seguing into Warehouse for the first time in 17 years, a lovely rendition of Oh off Dave's 2003 solo project Some Devil, the first time Kill The Preacher surfaced in it's current (and seemingly permanent) form, a mid-set Big Eyed Fish > Bartender, and the Live Trax debuts of Gaucho, Belly Belly Nice, and Rooftop, this release looks like it should be a slam dunk.

Get your order on here. Your format options include CD, MP3, and FLAC in both 16- and 24-bit releases. 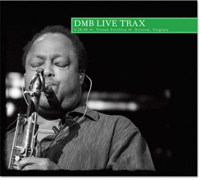 Today marks 7 months since we last were treated to a Dave Matthews Band concert by the late virtuoso LeRoi Moore. His presence is missed daily by the continued messages left for him in the forums. To many it still takes some adjusting seeing the new photos of the band without him and we look forward to his previously recorded contributions we have yet to hear that may make the new album. From the looks of it, that last show of LeRois will be the next Live Trax release, #14 Nissan Pavilion, Bristow, VA - 06.28.08. No one was exactly sure what would happen to the Live Trax series since the release of the DMBLive Series and related download website. This release is the 3rd consecutive 2008 release (1)(2) but I dont think many fans are thinking about that when it comes to this historical show. The show contained quite a mix of music. It was the debut of Sledgehammer and also features the return of The Space Between after a 4 year hiatus. Also making 2008 live release debuts are The Idea Of You, Out of My Hands, Pantala Naga Pampa/Rapunzel, and Sister. Fan favorite (and ironically a kick butt website), Ants Marching also appears, increasing its lead for title Appearing on the Most Live Albums. So Damn Lucky from the show appears on the iTunes Live Trax 2008 album.

UPDATE: The release date of the album is March 24, 2009. Proceeds from the sales will be donated by Dave Matthews Band in LeRoi's memory to the Charlottesville Music Resource Center and the Boys and Girls Club of Charlottesville-Albemarle, among other charitable organizations which best reflect LeRoi's spirit and passions. You can pre-order here until Friday, March 20th.

Remember back in March when we reported Buy A Ticket, Get Free Music? It was if you bought a Dave Matthews Band ticket you would get music from the 2008 tour. Well now that we all bought the ticket and went to the show (and in many cases repeated the process) everyone is wondering when we might get the elusive download and secondly, whats going to be on it? Well we finally have an answer to the When part. Those of you that purchased tickets through either Ticketmaster or The Warehouse will be receiving an email on Thursday, November 13th (yes this Thursday!) with iTunes redemption codes. The album apparently will be titled Live Trax 2008. Still no details on what made the final cut and will be on the summer tour sampler. Well be sure to breakdown the performances once the track list is released.