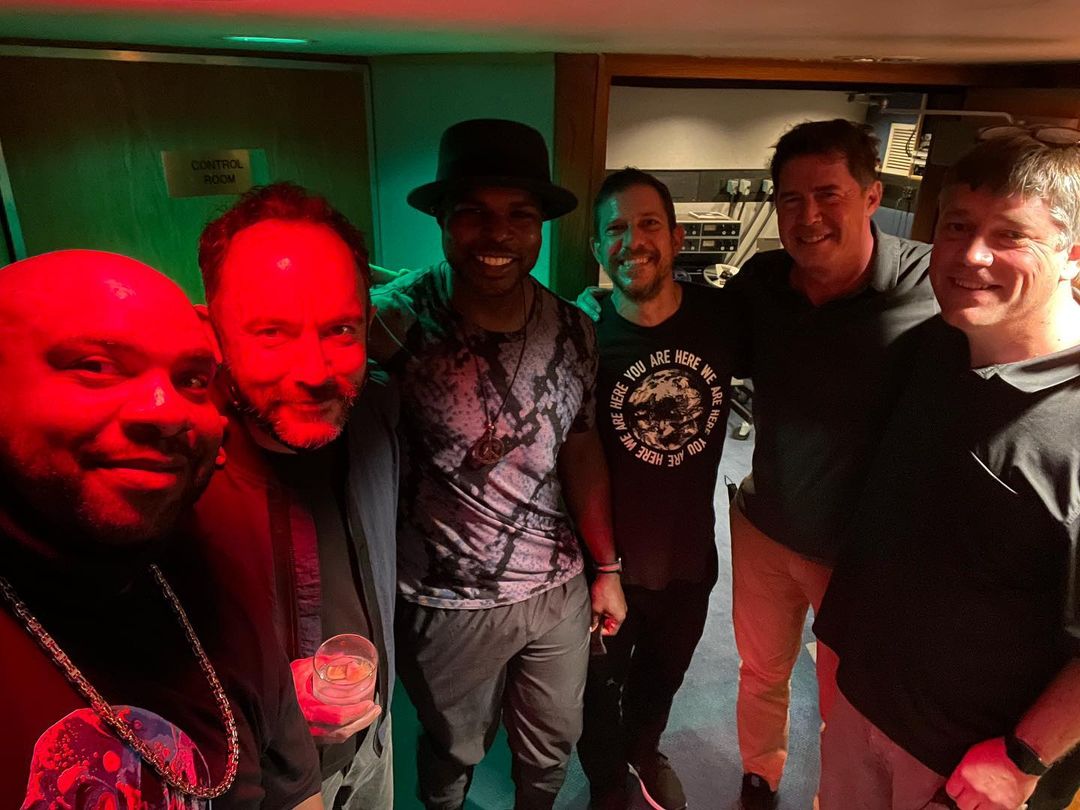 With all the previously mentioned song ideas, do they become just new road songs or do they make/form an album? To cut to the chase, the band started recording with an album in mind. We dont know much about the songs being planned for the album. The presumed initial list of 27 was made up of both new and old songs, but did new songs win out? Will any of the Batson Session songs make it to the album? (example: Ask, Early Home, Drive Me Away.) We wait and see on this point. (What would be your preference?) But heres what we know about album progression and most recent status.

As mentioned, it started with Dave and Rob Evans playing around and doing some writing last year, prior to September. And as mentioned, they brought in Carter to participate. The process progressed well, enough that they then brought everyone else into the studio to record pieces, and John Alagia (long time DMB Producer) also looks to get involved. It was a unique process because they were overcautious with being safe during COVID. They were tested frequently, wore masks, stayed distanced, etc. Dave mentioned Stefan playing in a hazmat suit with gloves. The horns were last to come in and record. (A point that some fans are reading into. Because what else can we do? ha) This all wrapped by the end of October and we didnt have much more in the way of updates for months after (presumably over this quiet period the (initial) mixing and song recording structure was taking place, along with composition of orchestral parts.) The next update we saw was in mid-May with orchestra recording in LA (with Dave, Stefan, Rashawn, Buddy, John Alagia and Rob Evans participation.) Followed by Dave, Buddy and Rashawn returning to the Haunted Hollow studio after, and joined by Tim, to do some more recording. Based on recording of orchestra parts in the studio, presumably at least some songs are deep into being finalized. But also historically, there have been other times orchestra parts have been recorded but were never released. Hopefully thats not the case here, which leads to the next question. Whats next/timeline?

Couple things play on whats next. Even baring album completeness theres the business/strategy side of things. One in particular thats unknown, is how important is it to the band to extend their current streak record. Currently, the Dave Matthews Band holds the record for the most consecutive studio albums to debut at number one by a band (with 7 after Come Tomorrow.) If extending that streak record is important to the band (and I wonder what importance the fanbase puts on this), then theyll want to deploy a marketing and release strategy to give themselves the best chance to earn number 8. For Come Tomorrow, the (gimmick) strategy was with each concert ticket purchase you received a copy of the album . So does that mean that the release of a new album will need to be timed for when a new tour gets announced and sold? (That will be a ways out seeing as the band is booked through November with already sold tickets.) Youll be relieved to hear that Billboard chart calculations no longer account for albums part of ticket sales in the same way, so while its not a no it sure doesnt have the same attraction to do it that way again (and thus wait until next tour.)

The album doesnt have to be finished to start marketing it (but it does have to have the proverbial tunnel with light at the end of it.) And with mentioned indications of serious progress, its been interesting why a marketing train hasnt started up. Does the band see the light at the end of the album making tunnel yet to start the marketing train? Or is the album still a work in progress. This is the part that causes DMB fans PTSD. In 2014, two years after the release of Away From The World, DMB started working on material for a new album. What happened from there was a long 4 year period of making Come Tomorrow, and resulted in a gap of 6 years of no DMB studio album. (We are at 3 years since Come Tomorrow.) I think theres a lot of promise about how this latest album work has come together that it wont repeat the lengthy ways of the Come Tomorrow release. So lets presume remaining album work is in the works to complete it, and that final mixes were listened to (as weve heard mentioned) and the mix is approved (as we hope, or at least only needing minor changes.) If thats the case, then when can we get an official announcement?

(Marketing Team Enters Zoom Call) Do you leverage the excitement of the start of the tour with an album announcement? Leverage the excitement of a new album to help feed the tour (sales)? Im sure the marketing team would like that, if the case we should be hearing something within the next week as the tour kicks off in Raleigh, NC on Friday July 23rd. Another possibility is the new album release gets slated for late in the year (holiday buying time, with a supporting indoor tour. Ha, wishlist.) and dont want to announce too far in advance. The interesting part of touring with new songs without an album on the immediate horizon is, if the songs morph they may want to go back and re-record.

(Side note: Were pulling for an album title of What. iykyk)

Join the album discussion/debate on the forums in the new album thread.

(Continue reading on about New Tour.)
(This article is one part of a 3-part series on New Songs, New Album, New Tour. See them all here.)