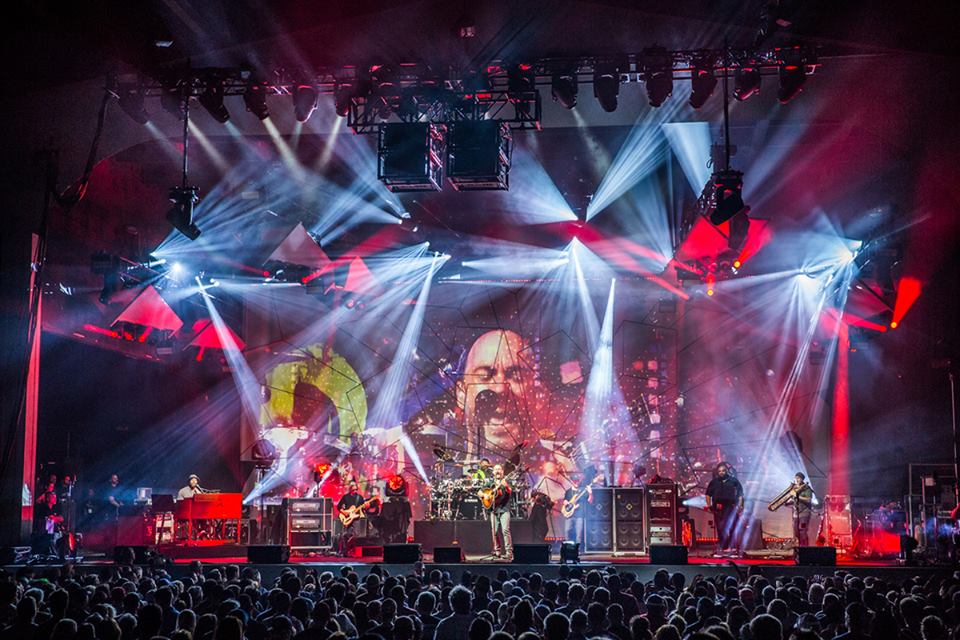 With both a hellacious/crazy two-year period (that included a frenzied non-stop touring schedule, a new studio album, and deluge of drama) and a major milestone year just around the corner (30 years of DMB in 2021), all things DMB have culminated to this sandwich point between them, the DMB 2020 Summer Tour.

The band has just come off a record touring period (of recent times). Playing across 4 continents with Summer 2018, Fall 2018, Europe 2019, Summer 2019, Latin America 2019, and (to be) Australia 2020, a total of 131 full band shows over that two year span. Impressive. This touring surge is timed with, and follows, the bands 9th studio album, Come Tomorrow. Which has been, expectedly, the featured album for live song performances over this period, with ~20% of all song performances (nearly "to the T".) It also marks the figurative performance death of the bands 8th studio album, Away from the World, with <1% of the song performances (which essentially was a handful of plays of just 1 song, Rooftop.) While there hasn't been any outcry, the abrupt abandonment has caused many to speculate the cause, with the likes of producer Steve Lillywhite adding to the debate with cryptic sentiments.

But this period isn't only defined by relentless touring and new music. The band has also embarked on their latest transition in sound and members (both new and departing.) The latest iteration referred to by the community, for reference & debate purposes, as DMB 4.0. (Visit the forums for more on the phases of DMB over the past 29 years, including 1.0, 2.0, & 3.0.) And in addition to this transformation, the band reached a tenure of music years (qualification) that lead to the bands (first) opportunity for nomination and induction into the Rock and Roll Hall of Fame. Except, the latter would not come to fruition. A rebuff of the band with a length and depth of career (29 years, 9 studio albums, and the record for most consecutive #1 debuts by a group), a body of work (over 100 live releases, and a catalog of over 170 original songs), several musical influences (Mraz, Mayer, ZBB, etc), and an innovation and superiority in style and technique (created and defined their own genre, and features the highest regarded musicians within each of the respective instruments.) If only those were the specific criteria that RRHoF voters were instructed to consider. (Overt Sarcasm: Those are.) There's clearly a disgruntled DMB fanbase, but does the band harbor any similar feelings? Lack of industry recognition is not a new phenomenon for this band, and it historically has not been a motivator or deterrent. But can it be?

Add to all of this, the band is approaching a major milestone, 30 years in 2021. And following all the festivities 4 years ago around the 25th anniversary (including special anniversary shows and limited edition (vinyl) releases) it's easy to let the mind drift to think about what may be on the horizon for the 30 year milestone, if it is celebrated with equal or greater spotlight. But what the 30 year anniversary will bring is for a future debate. To be debated now is, what influence does that upcoming milestone have on this year's summer tour. And how can this year be used as momentum to amplify the bands brand (RRHoF take2) and milestone (30 years).

Logistically the DMB Summer Tour 2020 follows a recent trend, where long-established locations are rotated out for a year (i.e. no shows), in order to rotate in other skipped locations. The likes of St Louis & Kansas City were affected in 2018, and in 2019 Blossom (Cleveland, OH) and Pittsburgh. This year sees venues shift within metros; from Hartford to Uncasville, CT and Bristow, VA to Columbia, MD. And the 2020 venues rotated out include Tampa, Toronto, and (gasp) Camden. (Some might add Texas, but we aren't so quick to judge.) Alpine also steps away again to make way for the Northerly/Summerfest (non-consecutive) combo (sorry Alpiners). The tour is definitely shaken up from the last two years, and at its current length, the tour is a couple weeks shorter in comparison. (Full list of tour dates in here.) Of note this year, outside of a one-off Vegas splash, the band starts off the year with a couple festivals (Innings and BottleRock) and dare we allude/speculate they may end the summer with a couple/few festivals too?

To satisfy your cravings until the band makes their way to a city near you (or if you're in one of the rotated out cities, then 'until you make your way to a city the band is in'), we have a bunch of ways for you to stay satisfied. If you don't have it by now (you're crazy), download the DMB Hub app for your iPhone/iPad for: DMB breaking news alerts, live song performance notifications, full setlists, streaming show recordings, setlist game, personal stats, badges, and more! Even if you don't have an iOS device, follow (with notifications) @dmblive for live show song updates, and @SetlistGame for game fun. And don't forget to subscribe to the AntsPodcast. Lastly, enjoy some debate or banter over in the Ants DMB forums. Looking to meet some new DMB friends at your next show, or want insight/tips about a venue? Head over to the Tour Forum and the associated venue thread to chat with others attending.

Know which shows you're attending? Add them to your personal tour stats ("I'm Attending"), either via the DMB Hub app or Tour Central webpage. That way we can make sure you don't miss any upcoming personal stat milestones! Happy Tour Time Everyone!