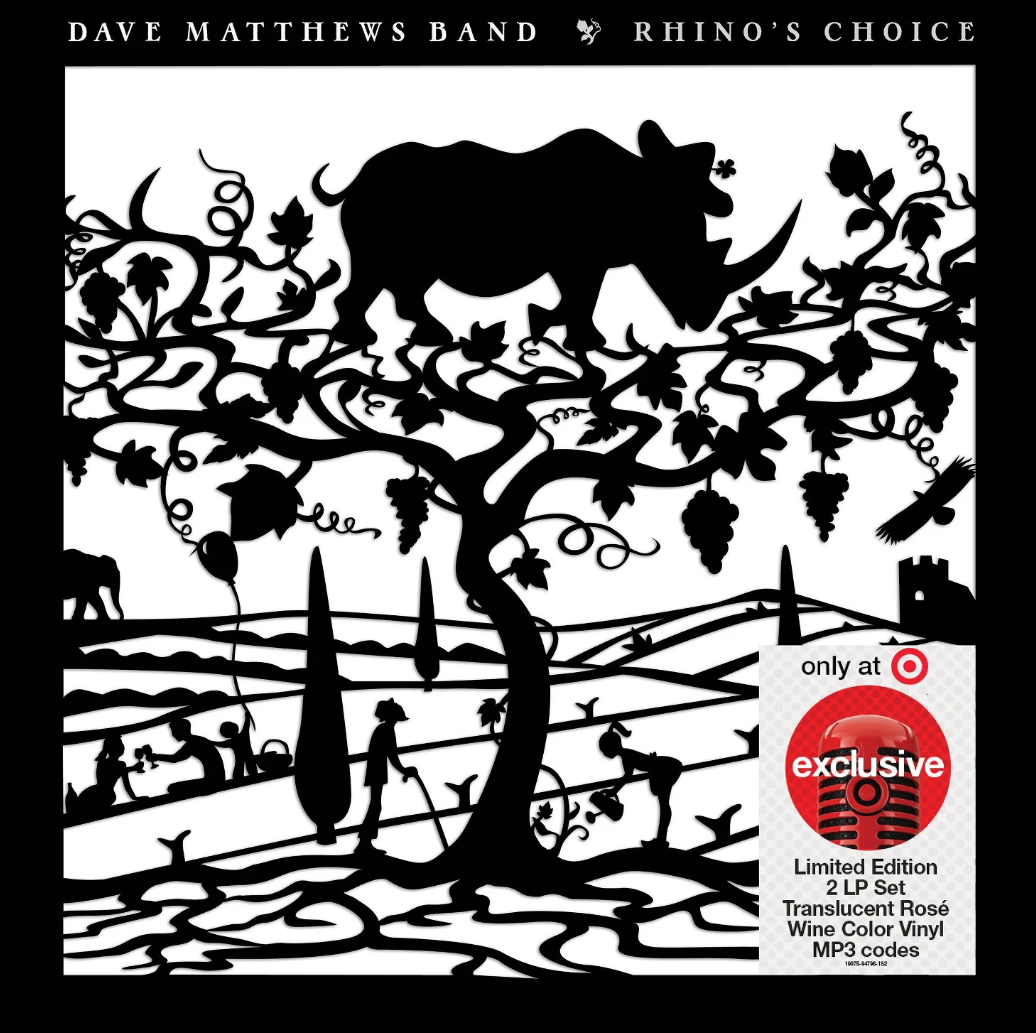 As we approach the 1-year anniversary of DMBs latest studio album, Come Tomorrow (June 8 2018), a new limited edition vinyl, titled Rhino's Choice, is planned to be released on/around June 14th (if there arent production issues, vinyl can be tricky.) It will be a 2 LP set featuring 10 live performances (4 of which are songs that appeared on Come Tomorrow.) It looks to be a Target exclusive, and may be marketed a music pairing to the newly released Dreaming Tree Wines Rosé as the album will be stamped on a translucent rosé wine color vinyl. And get this, it will come with MP3 download codes (a feature that recent vinyl releases have very annoyingly missed.)

The news and preorder initially made its way onto Targets website, but has since been pulled down. Below is the track list with a decent mix of tunes of old and new. Nice to see not all longer songs were cut because of the vinyl format. A likely 15min+ Typical Situation gets an entire vinyl side. Thats what we know for now, but well update this article when we get more or an official announcement is made. Anticipated short link to target store is http://bit.ly/rhinoschoice

Side B
4. Typical Situation

Side C
5. Come Tomorrow
6. The Best Of What's Around
7. Satellite

Side D
8. The Space Between
9. Virginia In The Rain
10. What Would You Say