Dave Matthews Band two-plus week break returned with a chance for everyone with an internet connection to check them out. The Outside Lands was also a webcast, so many people got to see an interesting, and well... interesting show.

From the first song, Why I Am, it was easy to tell that Dave's voice was a bit shot. But that didn't deter the boys from putting out a pretty good show. The most interesting aspect of the show occurred during Jimi Thing. During the portion where one would expect the Sexy M.F. interpolation, two members of The Black Eyed Peas entered the stage and began yelling/rapping/dancing. And if you weren't paying too much attention (like I wasn't), you may have thought someone just ran on the stage and started yelling in the microphone. But that was apparently APL. He and Fergie then did an impromptu rap and dance, with Dave and APL trading dance moves. So depending on your opinion of Black Eyed Peas, it was either pretty cool, interesting, tolerable, or the worst thing to happen to DMB since the creation of Angel.

Lost in the Black Eyed Peas incident is a fantastic All Along The Watchtower and Thank You encore that guest Robert Randolph carried. On Thank You, after the song was basically over, and Dave already started removing his IFB, Robert sparked the crowd to chant the chorus again, and the rest of the band started playing again. It was a unique ending to a pretty good show.

And if you were wondering how Dave's voice could be shot after two weeks off, according to a tweet from Marcus Miller, Dave and Carter recorded some studio work for Herbie Hancock the prior day. That'll do it to ya. The Tour continues August 30 in Fresno.

Night two in Hartford saw the debut of two more songs off the increasingly popular Big Whiskey and the GrooGrux King. The songs Lying In The Hands of God and You and Me both made their live debuts as the Dave Matthews Band brought the total played from the new album to 9.

If you were following along with AntsLive!, you heard a 30 second or so clip of Lying In The Hands Of God shortly after it was played. To show our gratitude, we at antsmarching.org are going to fire off a few prizes to that lucky person, who drove all the way from New Hampshire just to see the show (and record the video for us!). So keep that in mind the next time you're at a show and see something cool - remember to text or email pictures or videos to live@antsmarching.org, and you never know if you'll receive some random prize for your efforts!

The tour continues June 9 in Canada.

The Dave Matthews Band's 2009 Summer Tour kicked off in monsoon-like conditions in Darien Lake May 27, as the band warms up for a long summer tour. The only "new" song - to those familiar with the Spring Tour - was the newly-beloved Time Bomb which received positive reviews from fans after its first live appearance. The three new songs from Big Whiskey and the GrooGrux King also made their appearance, along with Seven, which debuted late in the Spring Tour, and is quickly improving into a strong song live.

The weather conditions were brutal, Ark-like conditions with heavy rains. During Granny, early in the show, the power actually went out briefly. The show received mixed-reviews so far from fans (it's still early and most of em are still drenched), but the highlights included Robert Randolph playing a song by The Meters, Cissy Strut as an intro into a great Rhyme and Reason. You'll probably notice the dearth of new material; Stefan mentioned that they would ease into the new songs from his Twitter. DMB has an off-day before the tour continues on May 29 at Fenway, home of "Big Papi" David Ortiz, who has exactly 1 more home run than everyone reading this.

Fenway seems to be the place for concerts this year. After the Dave Matthews Band plays two nights at the famed Boston baseball stadium, antsmarching.org has learned that Phish will perform right after those shows, May 31, according to a source familiar with the scheduling at Fenway. Expect an official announcement as soon as March 31.

So how does this effect you, the average DMB fan? Well, the bands do have a great history of performing together. The first show was back in 1994, where DMB was opening for Phish, and joined them for a few songs. And later that same year, the full-bands joined together again for an epic jam and a great version of The Maker. This doesn't mean that the two bands will meet again, but this is probably the best chance of it happening in about 10 or 15 years. So if you're interested in checking out both bands (maybe even together?), this will be a great opportunity. 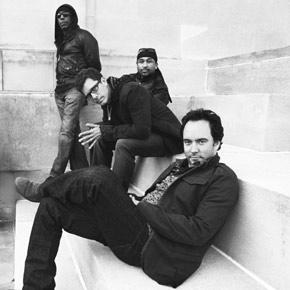 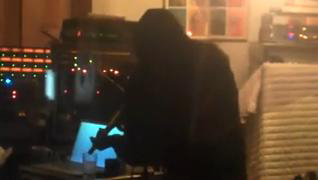